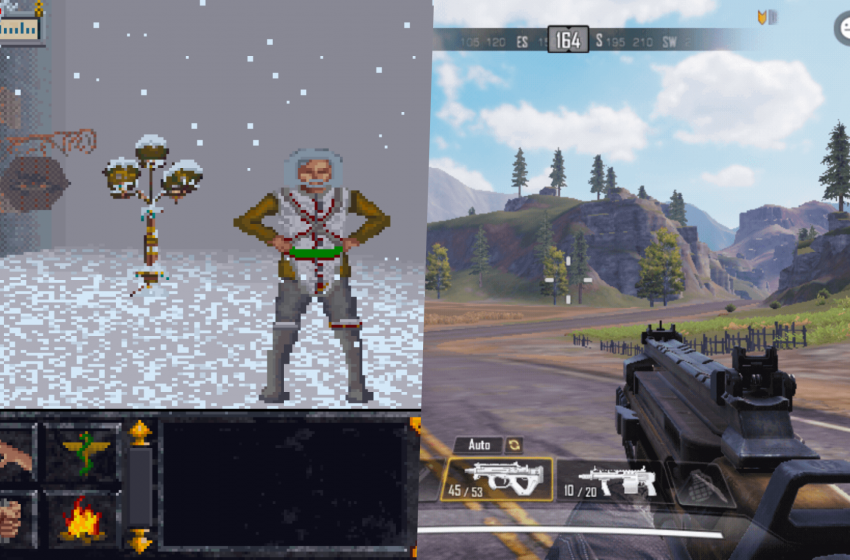 The Video Game Industry has seen tremendous growth over the past few decades and has been involved in all the different aspects of gaming, from the development to the sale of video games. Its official monetization occurred quite some time ago and this has allowed its marketing to reach the next level. Monkhub is one of the top Game Development Companies in Delhi that is there to help you build the best game that you are looking for. Let us tell you about the history of the gaming industry and how it has grown to what it is today.

The earliest prototype of a video game was first developed in the early 1960s and was further supported by Nintendo’s third-party gaming company called Atari and they released their video game Pong almost half a century ago in 1972. This was the first game that was released and this changed the face of the gaming industry for what we see today.

This was one of the top gaming hits back in the 70s as a table-tennis arcade game. It drew quite a lot of attention from consumers across the world and also various companies that wanted to purchase its franchise, although there was no such trade possible, as Atari was not going to let a game-changing (literally) game let go so easily. This lead several companies to make their own versions of the same game and started the video game revolution. There were also newer versions of certain games that began the use of gaming consoles that helped create newer workspaces for creators and players alike.

Although, this didn’t go all too well as the gaming industry started growing way faster than expected. There were way too many companies that wanted to join the gaming train but very few innovations. This lead to repetitions in the gaming structures and the market began to stagnate. Arcade games began to reinvigorate the market and games like Donkey Kong were what saved the industry from plummeting in the late 80s. Further, the gaming industry started generating major profits from both the recreational and marketing aspects, this was aided by the music industry as well.

As time went on, capitalization took over the gaming industry. Several companies were looking for an opportunity to capitalize on their products and there were several attempts made to introduce newer technology as a form of capital investment but this was not handled all that well. Moreover, by the end of the 20th century, personal desktop computers had started becoming the upcoming technology that everyone had, and this led people to gain more interest in games that could be played on these computers rather than playing in arcades. After the development and growth of personal computers came the revolutionizing growth of mobile devices in the 21st century. The use of smartphones allowed the gaming world to expand across new horizons. Any Game Development Company out there is readily available for new opportunities to create and market the products the right way if chosen rightfully. Hence, the rise of these devices is what resulted in the gaming industry generating billions of dollars worth of revenue in a matter of years. Along with these smartphones, there was also a rise in the number of gaming systems such as the XBOX, Playstations, Wii gaming, etc. The XBOX and Playstations Gaming Systems are competitors that have added several features to their games such as voice chats, multiplayer gaming, in-game chats, etc. These additional features are quite attractive to gamers, which is what the in-game subscriptions are available for.

In the gaming industry, a lot has happened in the last few years. Gaming has evolved as technology has progressed, and with each development, there is always something new to enthrall players. The gaming community has evolved into its own social realm as a result of internet gaming. Mobile and internet gaming have made significant strides in this industry, and with AR and VR, this sector can fly much higher.

If you want to develop the game and don’t know where to start? As a leading mobile game development company, Monkhub offers a wide range of gaming solutions. Check out our work portfolio to get an idea of our work.

Integration of Blockchain with the Gaming Ecosystem

Why you should create your own NFT marketplace

5 points to remember before making your first...